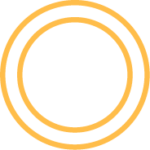 The fallow deer can be tracked back to Normandy, they were then introduced to Britain in the 11th century and are now common throughout most of Europe. They are also in most of England and Wales, and small herds can be found in some areas of Scotland and Northern Ireland. The Fallow Deer has six different vocalizations. The most commonly heard, and the one you may not want to hear, is the the bark. This barking is an explosive alarm indicating a predator or threat is near to the rest of the herd. They are remarkably agile and run fairly quickly when faced with danger. On average, they can run 30mph over short distances and can make jumps up to 5.8 feet high!
Only the bucks have antlers. Their antlers are broad and palmate within the third year of growth. The first two years the antlers are formed in a single spike. The fallow deer is more than just a beautiful trophy, the fallow deer also makes a delicious meal. The meat is best cooked with salt, pepper, and medallions, sautéed in a little olive oil and cooked over medium to high heat. We suggest you enjoy this meal rare to medium rare. 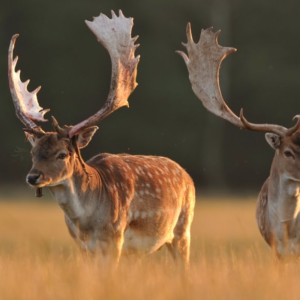 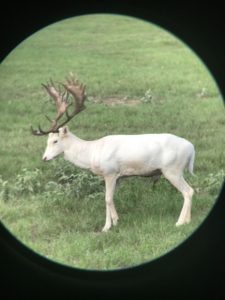 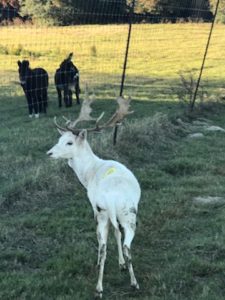 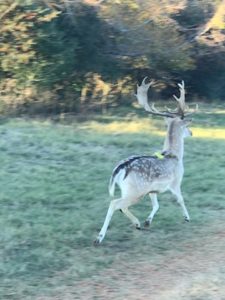 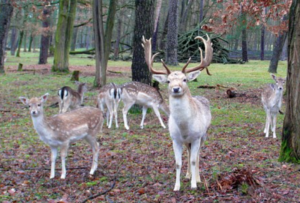 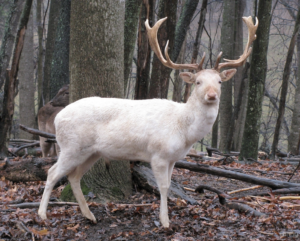 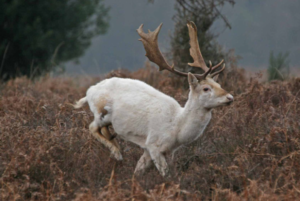 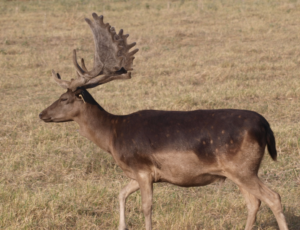